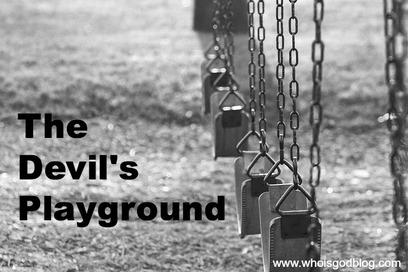 The insult flew in like a stealth bomber and skillfully found its way into a small, sensitive area of my heart.

The woman’s words stung whether she meant them to or not, and I did what I hated to do – I let it get under my skin.

I so wanted to “be like the duck” and let it roll off my back.

But her words stung and they scattered my thoughts. Scenarios on how I was to respond – or not respond invaded my mind and threatened to ruin my day.

Later, I made a smart decision to not say anything to the woman, but to pray for her instead and move on. Which I did. The only problem was – I hadn’t forgiven her.

And there was something wrong with that.

A long time ago, when I received some deliverance prayer ministry, my counselors asked a pointed question at the very start of our session.

Do you hold any unforgiveness in your heart?

Unforgiveness, they told me was like giving the devil a free pass to mess with you – offering him a playground for his wicked ways.

You don’t want to give him that kind of access anymore, they told me.  And before they got down to the business of praying, my counselors helped me forgive each person that came to mind.

But forgiveness isn’t so easy is it? Some of us hang onto our hurts for years. And in doing this, we sometimes feel like we have a “one up” on the person who hurt us.

The sad truth I’ve learned though, is that we’re the ones who are held in bondage when we don’t forgive.

Anne liked to spell her name with an “e,” and she was extremely self-conscious of her flaming red hair. So when her new classmate Gilbert Blythe playfully called her “carrots,” she deemed the act “unforgiveable.”

For years, the beloved character in L.M. Montgomery’s famous book, “Anne of Green Gables” stuck to her pledge to never forgive Gilbert.

And that act nearly cost her one of the best friendships she could ever have.

Anne came to mind the other night when I was thinking about unforgiveness. I loved Montgomery’s books about the mischievous and theatric Anne. Her character is so real and believable … right down to her tendency to not forgive.

I walked in late to church a few Sundays ago to find our pastor standing at the podium with a broken lamp at his side. And as I listened, I found that he was painting a scenario about unforgiveness in his sermon.

Jack has broken my lamp and he hasn’t even said he was sorry, our pastor said after asking Jack to come forward and go along with the story.

From there, our pastor asked Jack to hold one end of a tug-of-war rope while he hung on to the other.

The rope, the pastor said, symbolized the fact that he had to carry Jack around as long as he held on to his unforgiveness.

And then he went through all the reasons why we often choose to not forgive. We say that time will heal it, we focus on the hurt we have, and we don’t forgive because we feel the offense would just happen again.

Sometimes, our pastor said, we determine that as soon as there’s an apology from our offender, then we’ll forgive. “I’m here to tell you, they’re not coming,” he said. “The move is in your court.”

After that, our pastor did an amazing thing. He dropped his end of the rope.

“As soon as I do this,” he said, “Jack doesn’t have me anymore.” He explained that forgiveness isn’t about fairness. No, Jack never confessed for breaking the lamp, he never offered to replace it, and he never even apologized. But forgiveness still needed to be offered.  Why?

Well, because that’s what Jesus does for us.

“We let go of the rope and we trust God on this one,” our pastor said. “He will bring healing and resolution and a sense of peace that has been robbed from you when this offense occurred.”

Our pastor’s words hit home with me and at the end of his sermon, I decided to forgive the woman who had hurt me earlier that week.

No, she didn’t apologize. And yes, she may offend me again someday.

And I had let go of my end of the rope.

Do you have some forgiving to do?

Here are some Bible verses that'll help you on your journey:
Matthew 6:14 New King James Version

14 “For if you forgive men their trespasses, your heavenly Father will also forgive you.

31 Stop being mean, bad-tempered, and angry. Quarreling, harsh words, and dislike of others should have no place in your lives. 32 Instead, be kind to each other, tenderhearted, forgiving one another, just as God has forgiven you because you belong to Christ.