What's the Value of Life?
You are fearfully and wonderfully made – really!
By Debra Torres 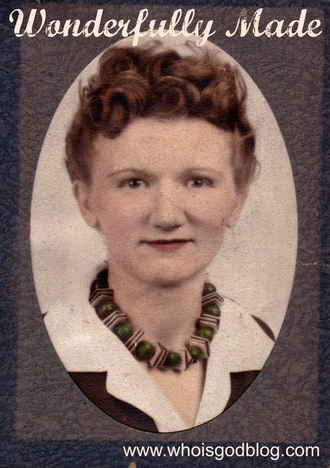 The two young girls approached the church stage with confidence. It was Sanctity of Human Life Sunday, and they each had been commissioned to read a portion of Psalm 139.

The scripture, containing one of the best biblical teachings on the value of the unborn, was the perfect choice.

Boldly, the girls spoke into the microphone as they proceeded with their scripture reading. “For You formed my inward parts; You wove me in my mother’s womb. …”

As I watched one of the girls read, I got a mental picture of the first time I met her.

She was just a little baby in her mother’s arms. What a privilege it has been to see her grow into a beautiful, confident young girl.

A wave of gratitude rushed over me as I listened to the girl read her scripture, and I was thankful that her mother valued life.

My maternal grandmother died when my mother was very young. Because of this, I know very little about her life.

My mother had no no stories to tell about her, no favorite recipes, no special songs.

Honestly, I’m not even sure what her name was.
I do have one fuzzy memory of my cousins showing me a photo of my grandmother. It was black and white, and she was walking somewhere. Her hair was blonde, and she had a pretty face.

But even though I know very little about this woman, I found out recently that I am indebted to her for a choice she made long ago.

You see, as a young mother with already two children, my grandmother contracted tuberculosis, a bacterial infection often found in the lungs. At the time of my grandmother’s life, the disease was widespread and dangerous.

Not too long ago, my mother obtained some research about my grandmother that exposed a telling choice she made while pregnant with her. The research said that doctors had advised my grandmother, because of her condition, to abort her unborn baby.

But the report said that because my grandmother and grandfather valued their family, they chose to continue the pregnancy despite her illness.

My jaw probably dropped when I read that a few summers ago.

I remember telling my sister-in-law that it was because of my grandmother’s choice that my brother and I got to experience life.

All because a grandmother I’ve never met understood that her babies were wonderfully made.

During his sermon on Sunday, our pastor quoted Christian author, A.W. Tozer, saying: “What comes to your mind when you think about God is the most important thing about you.” And our pastor later went on to say, “We are all unique and it places great value on life. It’s so important that we understand that. As we as a culture minimize God – life loses its value.”

So if Tozer and my pastor are right, there is a direct correlation between our viewpoint of God and our respect for human life.

Isn’t it sad that as our nation moves farther and farther away from God, the womb becomes one of the most dangerous places to be?

Diane Fagley, executive director of AAA Life Services, said this to our congregation on Sunday: “At the moment of conception when the egg and the sperm are no bigger than a grain of sand. Everything is there for human life.”

Pray with me that our nation would turn to God and that our babies would have the same opportunity that my grandmother gave me.

Because all of us are wonderfully made.

Here are some Bible verses that'll help you on your journey:
Psalm 139:13-16 English Standard Version

13 For you formed my inward parts;
you knitted me together in my mother's womb.
14 I praise you, for I am fearfully and wonderfully made.
Wonderful are your works;
my soul knows it very well.
15 My frame was not hidden from you,
when I was being made in secret,
intricately woven in the depths of the earth.
16 Your eyes saw my unformed substance;
in your book were written, every one of them,
the days that were formed for me,
when as yet there was none of them.