Who is God?
And why do we keep trying to change Him?
By Debra Torres 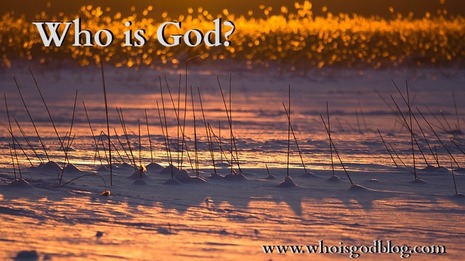 I think we’ve all asked the question. It’s the big one, really. The question that, depending on the answer we receive as truth, can change the way we live – and die.

I was intrigued not too long ago when I discovered that globally over one million people a month searched the term, “Who is God?” on Google.

That’s a lot of seekers isn’t it?

It’s becoming so clear to me how crucial our search is. And it’s one that we make alone. No one can pursue God for us.

Just like we choose how we are going to live, the decision is entirely and exclusively ours.

I remember once speaking with a youth ministry leader about one of the kids involved with his group. The boy had a rough exterior and was a bit wild looking. I was glad that the teen was involved with the ministry, and when I asked about him, my leader friend shared some trials the boy had been going though and said something like, “Well you know, we all work out our own salvation.”
That was the first time I really understood that scripture from Philippians 2:12 and today, as a mother of children who are on the brink of adulthood, I know it even more to be true.

Many arrive at different conclusions. Some are atheists who deny the existence of God. To them, he just isn’t.

Some are Jehovah’s Witnesses who allow the interpretations of their organization to define God for them.

And still some others believe that there are multiple ways to reach God. Just pick one deity or pick them all.

Many people attempt to define God – we’ve all done it most likely.

We try to shape the parts of him that we don’t comprehend into something we can understand. We want him fit into the mold that we’re comfortable with.
For some reason, my daughter is infatuated with the first chapter of the book of Job. Often, when she catches me reading my Bible, she asks me if she can thumb through and look for it. But more than once, she’s gotten stuck on the verse where it says that Job “feared God.”  Sometimes I think she wonders if she read that right.

Fearing God can mean a lot of things I think, but one of the most important is that he’s so hugely powerful, human hands can’t shape him.

Theologian, R.C. Sproul in his book, “Who is Jesus,” feels that one of man’s biggest mistakes is trying to make Jesus into who we want him to be.

“We need Christ – the real Christ. A Christ born of empty speculation or created to squeeze into the philosopher’s pattern simply won’t do. A recycled Christ, a Christ of compromise, can redeem no one.  A Christ watered down, stripped of power, debased of glory, reduced to a symbol, or made impotent by scholarly surgery is not Christ but Antichrist.”
And Christ is only found by using the Bible as our guide. Through it, we can understand the truth. And in it lies the answer to our “Who is God?” question.

I had a friend once whose beliefs were all over the spectrum. When I would try to get her to understand who God really is, I would get frustrated because her beliefs had no base. There was nothing to ground them on. When I shared my concern about her to a mature Christian friend, he asked me if my friend believed the Bible to be true. When I said, no. He told me that arguing spiritual truths with her was fruitless, because she had no standards for her belief.

Sproul says, “Apart from the Bible, we know nothing of consequence concerning the real Jesus. Ultimately our faith stands or falls with the biblical Jesus.”
I spoke with another friend recently who has decided to explore her spirituality. I was glad for her decision, but hesitant as to how she intended to go about her journey.

In our talk, I gave her my testimony and invited her to explore God using the Bible as her anchor.

“Oh, I could never use just one book to do that,” my friend said. She explained that she was open to the truths and writings of all the religions.

Saddened, I knew then that our discussion was over.

It’s a question we all face and the answer is something we need to discover on our own. But we’re not left without a guide – the reliable and true Word of God.

Without it, we are lost.
Here are some Bible verses that'll help you on your journey:
2 Timothy 3:16 New American Standard Bible

16 All Scripture is inspired by God and profitable for teaching, for reproof, for correction, for training in righteousness;

31 But these are written that you may believe that Jesus is the Messiah, the Son of God, and that by believing you may have life in his name.

4 For whatever was written in former days was written for our instruction, that through endurance and through the encouragement of the Scriptures we might have hope.