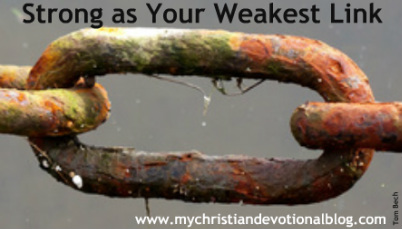 By Debra Torres
Tipped off the wooden bat, the screaming fastball slammed into the backstop making most of us on the bleachers flinch.

Looking around, I saw the man behind me shaking his head.

He had the same knee-jerk reaction as I did.

“If that fence hadn’t of been there,” I said jokingly, “one of us would be missing a tooth.” My daughter, feeling a little shaken, chimed in, “Yeah, or missing a head.”

It was the violent impact of the crashing ball against the fencing that got me thinking about God and his protection around us. But, what if we’ve got a hole in our fence caused by
sin or unbelief?

Could there be a rusty spot that’s corroded through, a rickety post that’s crumbling or an electric wire that’s down?

Last weekend, I caught some of one of my favorite movies, “Jurassic Park.” I’ve seen
it many times, but my ears perked up when the keeper of the dangerous and calculating Velociraptors commented on the fencing.

He was telling the scientists that they changed the way they fed the raptors because the head female was always searching for ways to escape.

Here’s a snippet from the script:
Keeper: “She had them all attacking the fences when the feeders came.”

Scientist: “The fences are electrified though right?”

Keeper: “That's right but they never attack the same place twice. They
were testing the fences for weaknesses systematically.”

Keeper: “They remember.”
Somehow I think that we’ve got an enemy who is even more dangerous than the carnivorous Velociraptor.

The Bible says in 1 Peter 5:8,“Stay alert! Watch out for your great enemy, the devil. He prowls around like a roaring lion, looking for someone to devour.”

And you can bet he’s sniffing around at you and me right now, observing our weak spots and planning out how he can use them to trip us up.

Dr. Dale Robbins founder and president of Victorious Christian Ministries says this: “Around the clock the enemy is on the prowl, seeking to cause mayhem and destruction to
all believers and the work of Jesus Christ throughout the world. With military-like strategy and ruthless hostility, the devil aggressively searches for weakness in our faith and spiritual life, hoping to devour us with deception, temptation, or oppression. He is the personification of all that is evil and is the author of every despicable work.”

We all have areas where we are vulnerable don’t we?

Sometimes these things are inherited through generational sin or brought on by emotional trauma, and some we just plain invite. For some of us we may have a tendency to “give
in” to things like pornography, gluttony, gossip or even have a leaning towards the sin of homosexuality.
And, it’s so easy to point the finger when we see someone’s weakness uncovered isn’t it?

We look on shamefully, wondering how that person could give in to that particular sin.

Yesterday, I was in the dentist’s office and, in between rinses, I had a few moments to watch a morning news show– something I rarely have time to do.
The day’s hot topic focused on the Jerry Sandusky trial. And the station had a short clip of Sandusky, dressed in orange coveralls, being led out of his vehicle.

It was amazing to me how many times the news show ran that clip. Sandusky, a convicted serial child molester, must have gotten out of his car ten times while the hosts talked about his trial and its likely outcome.

I watched Sandusky and observed his facial expressions as he headed towards court. And I wondered how a man in his late 60s, who should be enjoying the benefits of career and family, was ever going to last facing the rest of his life behind bars.

I don’t condone the man’s actions, they were heinous, but the whole thing makes me think of how badly we need to ask God to strengthen us where we are weak.

If you hooked a strong, wrought iron chain up to truck and fastened the other end to a boat trailer, there would be no problem, right? Well, what if one of the links to that chain was made of modeling clay?

Ah … now you’ve got a problem.

After all, you’re only as strong as your weakest link.

Psalm 19:14 New International Version
May these words of my mouth and this meditation of my heart be
pleasing in your sight, Lord, my Rock and my Redeemer.

Ephesians 4:26-27 Amplified Bible
When angry, do not sin; do not ever let your wrath (your exasperation, your fury or indignation) last until the sun goes down. Leave no [such] room or foothold for the
devil [give no opportunity to him].

James 4:7-8a New International Version
Submit yourselves, then, to God. Resist the devil, and he will flee from you. Come near to
God and he will come near to you. …