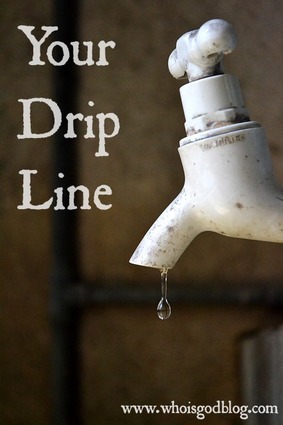 By Debra Torres
My friend Kim couldn’t sleep. Her husband was in a hospital a few blocks away and times were, well a bit tough.

She was staying in a veteran’s home for patient’s families, so she took herself down to the kitchen to see if she could find a bite to eat.

There, she found an older woman sitting at the table quietly sipping a cup of tea. They shared stories, and Kim discovered that the woman was staying at the home while visiting a sick brother.

A Christian, the woman spoke about illnesses and healing and the power of God’s Word.  She specifically told Kim about how God had told her to walk around her house with her Bible and speak healing scriptures out loud.

And later, she had turned the idea into a CD where she spoke healing scriptures over instrumental music.

The woman said that she encourages people to play the CD in their homes all day long. She later sent the CD to my friend, and Kim’s looking forward to doing just that, as her husband is to be discharged this week.
The chief operating officer of Family Life Network (FLN), a Christian radio ministry with nearly 70 radio outlets in New York and Pennsylvania, spoke at our church a few weeks ago.

He shared a similar story about the importance of playing God’s Word in our homes.

He said that long ago, before he worked for the radio ministry, he had come home exhausted one day from work.

It was a few weeks before Christmas and his kids were wired. His wife was trying to get the cookie baking done and she too, was frazzled. The man said that he reached for the radio dial and found a station playing a song that calmed his soul.

And, as the Christian music began to play, the man noticed that a change took place. The kids calmed down, his wife relaxed and there was a sense of peace in his home.

After that story, the C.E.O of FLN gave us a 30-day Christian radio challenge. He said to try playing Christian radio with its praise music and Bible teaching in our homes for 30 days and see if it made a difference.

I loved the challenge and am now I’m on day 6 and counting.

I take our little radio and turn it to 107.3 FM for my area, and move it from room to room each day. I can hear praise music coming from the dining room today.

I love it that my home is becoming saturated with the word of God. And I’m loving this simple way that I can contribute to the peace, health and healing in our home.

And Christian radio not only benefits Christians, but also non-Christians who may not have the opportunity to hear the gospel otherwise. The Far East Broadcasting Company (FEBC) broadcasts the Christian message into countries where it’s difficult to send missionaries.

Currently, it’s possible for over 3 billion people to hearing the gospel message through FEBC’s broadcasts.
FEBC’s website says this, “Sharing Christ is dangerous and often seems logistically impossible, but international Gospel broadcasts go where missionaries can’t. Even in the most remote and dangerous of locations, we quickly and effectively reach a potential audience of billions. For many, this is their first and only exposure to the hope of Jesus. For others who don’t own a Bible, it’s the only way to grow in their faith.”

In these countries, FEBC says that one radio often impacts the lives of up to 25 people in developing areas. Wow! I love to hear the testimonies of these people who heard about Jesus and came to salvation after listening to Christian radio.

Do you have a radio?

Turn it to a Christian station and let it soak your home and your spirit with the truth of God’s word.

“I urge you to have it on all the time,” our Sunday school teacher said last week. “It’s sort of like drip line irrigation. In places where there is little water running, plastic pipes bring it in a little at time instead of in a flood – it’s continual. That’s the way Christian radio is for the soul – it really is.”


Here are some Bible verses that'll help you on your journey:
John 10:27-28 English Standard Version

27 My sheep hear my voice, and I know them, and they follow me. 28 I give them eternal life, and they will never perish, and no one will snatch them out of my hand.

20 Behold, I stand at the door, and knock: if any man hear my voice, and open the door, I will come in to him, and will sup with him, and he with me.