To Seek and Save the Lost 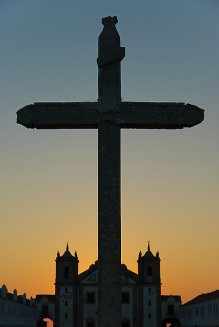 By Debra Torres
When I walked into the stranger’s house, the religious images on his wall caught my eye and drew me in.

There was Jesus at the last supper, the grief-stricken Mary being comforted by friends, a beautiful print of the Ten Commandments and also an assortment of crucifixes.

There were eleven images to be exact.

And they were all on one wall.

Right away I jumped to a presumptuous conclusion: The man was a Christian. I mean with all that stuff on his wall and the big Holy Bible sitting on the stand, he had to be right?
Boy was I wrong, and the man was quick to tell me so.

“Agnostic, really,” he told me plainly and went on to say that he questioned organized religion, feeling like we had all missed Jesus’ true message.

Hmmm…I felt like I had stuck my head in a hornet’s nest as the man’s doubts, his questions on Biblical accuracy, and his own secular philosophies came buzzing at me full speed. Yikes!
During times like these I tend to freeze. I’m just not good at this type of confrontation.

Fearing I’ll draw a blank, my head swims with questions like: “What was that scripture again?” and “How can I answer that one?” If my husband were with me, he could have fielded the man’s questions better. But he wasn't.

For some reason, God had sent me.

While I tried to focus on the man’s pointed debate, I sent a foggy prayer to the Holy Spirit, remembering the Scripture: “The Holy Spirit will give you the right words when the time comes" Luke 12:12.

And then it came quick as lightening. It was a reminder really of something our pastor had said a few Sunday’s ago in his own sermon on reaching the lost: “You are the world’s leading expert on your own testimony."

The words came easily then, spilling out of my mouth faster than I could keep track of them. I’m not even sure what exactly I said, but I know it was real because it came from my heart.

It was the story of my own experience with a personal, relatable God. And I hope the man got the message.
_ Is sharing your faith as hard for you as it is for me?

God’s brought me a long way in this, but I never fail to dig my heels in the ground when I feel he’s trying to stretch me in this area.
Our pastor has been speaking on missions a lot, and during his sermon a few weeks ago, I think he hit a few nerves with his message. Bringing out a few hard-hitting statistics, he told us that less than 18 percent of the population in our county attends church on a regular basis.

Doing the math for us, he said that based on the population of our county, this figure meant that a lot of people were headed for Hell.

Now I know that not all Christians attend church, but I’m sure that his figures weren’t that far off.

The word “missions” for me somehow doesn’t seem to fit with my town. I mean missions in Africa, China and maybe even New York City all seem to be a good fit don’t they? We’ll send people over there to do the job right? This way things stay nice and comfy here at home.

But what about your neighbor who doesn’t go to church? Your co-worker who damns God more than he praises him? That grocery clerk who looked a little down in the dumps yesterday?

Local missions? Ouch – the realization of the need is a bit, well, prickly isn’t it? Sharing Christ with people is way out of my comfort zone, I can tell you that. What if...

Ah…the fears will hit. They hit me hard the other day when I spoke to the stranger. But you know, I like what my pastor says: “All you have to be is somebody who is willing to tell somebody about how Jesus changed you.”

I think I can do that. After all, there are a lot of lives to reach right in the place where we live.

Are you with me?

Matthew 28:18-20 New International Version
Then Jesus came to them and said, “All authority in heaven and on earth has been given to me.  Therefore go and make disciples of all nations, baptizing them in the name of the Father and of the Son and of the Holy Spirit, and teaching them to obey everything I have commanded you. And surely I am with you always, to the very end of the age.”

Acts 1:8 New Living Translation
But you will receive power when the Holy Spirit comes upon you. And you will be my witnesses, telling people about me everywhere—in Jerusalem, throughout Judea, in Samaria, and to the ends of the earth.”