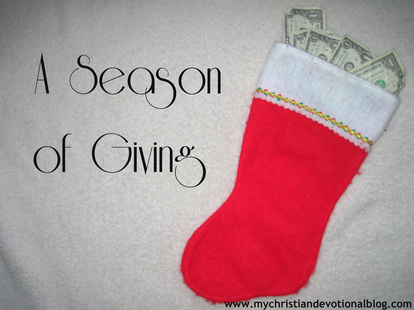 By Debra Torres
A Hershey’s Kiss in a green foil wrapper came flying in my daughter’s direction while we watched the Christmas parade.

Skidding to a stop just a few steps to her right, she almost had it before another little hand snatched it up.

That wasn’t the first time she and her sister had missed out that day.

Candy and other fun things like water bottles, squishy footballs and stick-on earrings just seemed to be missing our spot.

“It’s okay,” I said to my little one who missed the Kiss. And I gave her a little reassuring squeeze.

We both were surprised though when the little girl who’d claimed the “prize” came over to my daughter with her hand held out.  There in her little pink palm sat the Kiss.

“Here, you can have it,” she said kindly.
It was a sweet gesture that didn’t go unnoticed by the people around us.

And, it became a perfect teaching moment when my daughter looked up at me and asked, “Why did she do that?”

The answer came out before I even had time to process the question.

“Sometimes God puts it in people’s hearts to give,” I said.
“Yeah, and she already had a red Kiss in her other hand,” my older daughter chimed in.

The girl may have felt good after she gave the chocolate to my daughter, but I imagine that it could have been a hard decision, especially if she didn’t have a parent who prompted her to let it go.

Giving is tough sometimes isn’t it? And it can be especially hard this time of year when so much is expected of us.

We’ve got kids, grandkids, spouses, relatives and friends to think about and yet the Salvation Army bell rings, the ministry sends a catalog asking us to buy a goat for a tribe in Africa, and maybe the church wants help filling shoeboxes.

Sometimes I get caught up in the great amount of need around me and I struggle with feelings of guilt.

Not long ago, after paying my tithe to my church, I was looking to buy a new blender. My old one practically blew up and needed replacing – but then came Hurricane Sandy and people were in need of help.

And there was that man standing by the Wal-Mart entrance holding up a cardboard sign: “Will work for food and diapers.”
Ugh!  Like the seagulls in Pixar’s “Finding Nemo,” I felt like keeping a good grip on my purse and crying out “Mine, mine, mine!”

Now you and I both know that giving is important – and there are many great and worthy needs out there.

But there is one thing about it that helps bring me peace about it all. And that’s discernment.

When I was younger, I went through a period where I gave rather recklessly and then turned around and resented it later. I asked a friend about this once, and he told me that although giving was a good thing, it was important to ask God about the gift first – making sure that it was his will that we give at that time.

Hmm…that was new to me. I thought giving was just the Christian thing to do, so I did it – without really thinking.

But now I was beginning to understand that God wanted to be in control of my giving too. And when the giving is right – what an incredible blessing can result – for both the giver and receiver.

In his book, “Giving and Tithing,” the late Larry Burkett, Christian financial advisor, author and former radio host wrote this in his book, “God does not intend for every Christian to give to every need. Attempting to do so would quickly result in frustration and, for most of us, poverty. Therefore, we must be able to distinguish those we are to help from those we aren’t.”

Whew. Doesn’t that come as a relief?

Seeking God as each charitable giving opportunity presents itself is as important part of our Christian walk.

The Hershey’s kiss, candy canes and chocolate coins that my daughters received that day of the parade didn’t stick around long, but the lesson on giving that the little girl gave may just last a lifetime.
Here are some Bible verses that'll help you on your journey:

You must each decide in your heart how much to give. And don’t give reluctantly or in response to pressure. “For God loves a person who gives cheerfully.”

Now it is required that those who have been given a trust must prove faithful.

If any of you is deficient in wisdom, let him ask of the giving God [Who gives] to everyone liberally and ungrudgingly, without reproaching or faultfinding, and it will be given him.