A Good Shepherd Moment --
God cares about you
By Debra Torres 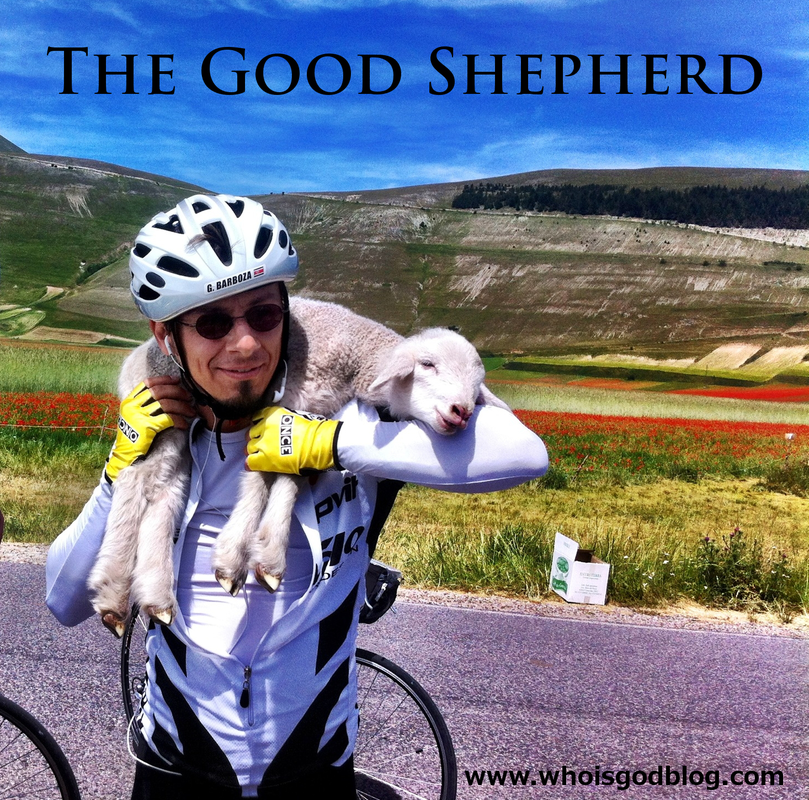 A herd of sheep gently grazed on the side of the road as my friend Gustavo’s cycling group rolled to a stop.

Touring Italy, they had just completed a long, mountainous climb and now, after a small descent, they were arriving at the famous breathtaking display of wildflowers the Italians call Fioritura.

It was just a small break for the touring group of experienced cyclists so they could take in
the vibrant beauty of the region.

But for Gustavo, it will be one that he will remember all his life.
Gustavo had carefully chosen this cycling tour of Italy for its challenging heights and distance. It was just the thing he wanted to accomplish before hitting the age of 45.

It was the Giro D’ Italia – a 750-mile bike tour in just 15 days where cyclists visited seven regions of Italy and climbed a total of 51,000 feet vertically.

Gustavo’s   lifelong desire to be a professional cyclist had been squelched long ago by an illness. And to him, this trip was a second chance.

An opportunity to accomplish a challenging tour among talented athletes that would push him to the limit.

It was time to rediscover himself.
But surprisingly enough, it was a little lamb that taught Gustavo his biggest life lesson on the trip.

It was the tour guide who saw it first. The lamb had stopped grazing with its herd and somehow wandered under the parked supply truck where the cyclists were taking their break.

Gustavo and several other bikers tried to reach the lamb, but it was Gustavo who was closest. And when the small animal made a break for it out the front of the supply truck, he sprang in to action and grabbed it from behind.

With the lamb trembling in his arms and the herd now nowhere in site, Gustavo was at a loss. But in an instant, an image flashed in his mind that told him exactly what he needed to do next.

It was the picture of the Good Shepherd.
“I grabbed the lamb’s back legs with my right hand and the font legs with my left and I put her on my shoulders,” said Gustavo. “I raised my left elbow and she just laid her head on my shoulder and totally rested there. She had her tongue out –and did not move.  And I could feel her heartbeat calming on my neck.”

It was an unexpected moment for Gustavo to experience, and out of the 15 days of riding in Italy he calls it the best – the culmination of his trip.

“Random acts of kindness like that work best when you don’t think about them,” said Gustavo. “There was a lamb there that needed someone to pick it up and I just did it.”

Gustavo says that he set out to find himself on this bike trip and recover the years he had lost due to the busyness of life.

And he thought that would be accomplished through the challenge of riding 750 miles in two weeks, but it turns out that he found himself through his experience with that little lamb.

“There were hundreds of moments on this trip,” he said. “But I think this was the moment. The bottom line is that, as a Christian, if you don’t believe in the second chance -- you’re done.

That’s not what the good Lord wants for us. He is ever loving and every forgiving. The Good Shepherd moment -- that was the climax for me.”
Recently I read a newsletter from Christian evangelist, David Wilkerson, and in it Wilkerson talks about the difficulties of the Christian life.

Often, we’re led to believe that as Christians we are supposed to be enjoying the perfect life.

Wilkerson says, “God is with us, even when we fall. He does not abandon us on our way down. Our Lord never gives up on any of us!”

We all go through tough times and like Gustavo and his little lamb, it’s good we serve a God who believes in second chances.

And speaking of chances, Gustavo unexpectantly received another opportunity, a free one. He got to tour Italy once again on his bike when a photo of him carrying the lamb was selected from over 1,000 other entries in the Ciclismo Classico cycling photo contest.

As you picture my friend cycling the Alps of Provence in Piedmont between France and Italy this summer, think of his life-changing moment with the lamb and remember that you too, have a Good Shepherd who carries you.
Here are some Bible verses that'll help you on your journey:
John 10:14-15 King James Version

14 I am the good shepherd, and know my sheep, and am known of mine.
15 As the Father knoweth me, even so know I the Father: and I lay down my life for
the sheep.

12 “What do you think? If a man owns a hundred sheep, and one of them wanders
away, will he not leave the ninety-nine on the hills and go to look for the one that wandered off? 13 And if he finds it, truly I tell you, he is happier about that one sheep than about the ninety-nine that did not wander off. 14 In the same way your Father in heaven is not willing that any of these little ones should perish.

11 He will feed his flock like a shepherd.He will carry the lambs in his arms,
holding them close to his heart. He will gently lead the mother sheep with their young.