If Spiritual Battles are Real --
Isn't it time we got a grip on spiritual warfare? 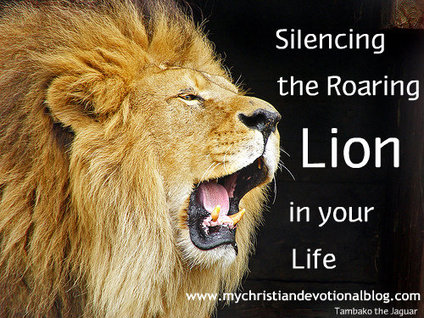 By Debra Torres
The fluffy barn cat seemed pleased with herself that morning when she jumped the old farm fence and climbed on top of one of my neighbor’s many bluebird houses.

I’ve enjoyed seeing the bluebirds flying around this spring, and I’m grateful to my neighbor

for providing a safe harbor for them to build their nests.

But there was that cat … my cat sitting on top one of her bluebird houses practically licking its lips.  Ugh!

I had just started working out on my exercise bike that morning, when I spotted the cat out the window. And I knew exactly what she was thinking. When Mama or Papa bluebird came to rescue their nest, she’d be waiting with sharpened claws.

Jumping off my bike, I ran out to our deck and shouted at that cat. She promptly ignored me though, and I knew that I would have get up close and personal with her.

It had rained the day before and droplets of mud splashed up onto my legs as I made my way out to my neighbor’s fence – my irritation at the cat heightening with each muddy step.

On my way, I chose my weapon – a fallen branch that looked something like a gnarled old broom.

I’d show that kitty who’s boss!
She must have had an idea of what I was thinking because as I approached she quickly moved off the birdhouse and with perfect feline balance made her way over the top fence rail – just out of my reach.

Now, I knew I had to go into the muddy field after her -- the bluebirds were worth it to me -- so I hounded her until she jumped down from the fence.

Sending a sharp scolding her way, I headed back inside. Victorious – but in need of a good wipe down

As I thought about my experience, a certain scripture came to mind. “Stay alert! Watch out for your great enemy, the devil. He prowls around like a roaring lion, looking for someone to devour” 1 Peter 5:8.

Pretty intimidating isn’t it? We’re sort of like those bluebirds -- defenseless against a great big beast with sharp talons. It’s enough to make you want to run for cover – maybe hideout in a comfy bluebird house that’s built on a larger scale.

I used to live in constant fear of that roaring lion. And I guess you could say my spiritual walk was a bit stunted because of it.

But nearly fifteen years ago, I made an important decision to find out more about God and his role in spiritual warfare.

And you know what? I discovered some pretty amazing things.

For one, I found out that God and Satan are not equal. I think this is a common misconception many of us have come to believe. We sometimes think they’ve got some sort of “holy tug-of-war” going on don’t we?

You’ve all seen it, the cartoons where the devil is on one shoulder and the angel is on the other. Each is vying for the allegiance of the person involved.

It was an eye-opener for me when I found out that this wasn’t true. God is infinitely greater and Satan is no more than a fallen angel.

Now, that’s not to say that Satan can’t do some serious damage to us – we’re all adequately warned in scripture to stay alert and that there’s a real battle going on around us.

“For we are not fighting against flesh-and-blood enemies, but against evil rulers and authorities of the unseen world, against mighty powers in this dark world, and against evil spirits in the heavenly places” Ephesians 6:12.

But I think it’s important to know, if we’re walking with Christ, who and what we have on our side.

One of my favorite authors on the subject, Neil T. Anderson writes this in his book “The Bondage Breaker,” “Freedom from spiritual conflicts and bondage is not a power encounter; it’s a truth encounter. Satan is a deceiver, and he will work undercover at all costs. But the truth of God’s Word exposes him and his lie. His demons are like cockroaches that scurry for the shadows when the light comes on. Satan’s power is in the lie, and when his lie is exposed by the truth, his plans are foiled.”

The baby bluebirds were fairly defenseless on their own weren’t they? Oh, I know that those parent birds would’ve given their all to protect their nest. I’ve seen some do it before.

But a small bird against a cat? I’d put my money on the cat, wouldn’t you?

Someone did come to the rescue who overpowered the cat though right? It was a muddy me, waving a great big stick.  The cat didn’t even bother trying to fight me. It knew when it was time to go.

Walking with God through our spiritual battles is the only way we can be victorious. He’s already won the battle – Satan knows that. And when we study the Truth and walk in it – we’ll always have victory.

Here are some Bible verses that'll help you on your journey:
1 John 4:4 King James Version

18 I pray that the eyes of your heart may be enlightened in order that you may know the hope to which he has called you, the riches of his glorious inheritance in his holy people, 19 and his incomparably great power for us who believe. That power is the same as the mighty strength 20 he exerted when he raised Christ from the dead and seated him at his right hand in the heavenly realms, 21 far above all rule and authority, power and dominion, and every name that is invoked, not only in the present age but also in the one to come. 22 And God placed all things under his feet and appointed him to be head over everything for the church, 23 which is his body, the fullness of him who fills everything in every way.