Integrity, Morality and Ethics, Oh My...
Why we need to "sweat the small stuff" when it comes to these 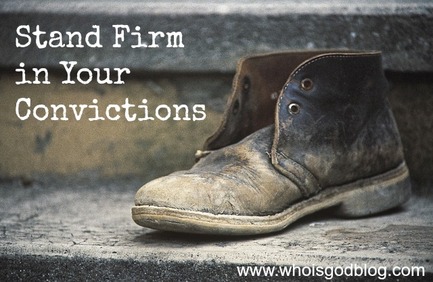 By Debra Torres
It was a chilly day to grocery shop, but empty cupboards sent us out to brave the weather and fill our carts.

When we done, the real challenge came when we had to transfer all the groceries to our van in the cold.

But just when I thought we were finally finished, and I was looking forward to warming up in our vehicle, I uncovered something at the bottom of our cart that had been unnoticed at checkout.

Ugh, the weather was so bad and for just a moment, I thought about ignoring the mistake and packing the roast into the van with the rest of the groceries.

But I knew we had to do the right thing.

So I got my kids and we braved the messy walk back to the store and paid for the roast.

It’s tempting at times like that to listen to the voices that tell us to do the wrong thing isn’t it? I mean, if no one saw it, and we weren’t caught, just take it as a gift, right? Or, we could shift the blame on the cashier – who failed to look better, or on the store that could be “robbing” us with their high prices, anyway.

I’m sure that many people would agree with those excuses and probably cheer us on as we rode on home with our free roast.

But you know, in the end, we’re answerable to just one who sees all and knows all aren’t we?
All that had been familiar to Daniel was wiped away when Judah fell into to the hands of the Babylonian, King Nebuchadnezzar. Deported to a land of idolaters that was strange to him, Daniel was chosen among a select group to be groomed into a potential new leader under Nebuchadnezzar’s reign.

I’m sure that Daniel’s fate was way better than many of the other Jews who lost so much under the Babylonians.

But even so, Daniel had a problem. A big one.

You see, Daniel was a Jew and because of this he was held to follow God’s law right down to the kinds of food that he ate. And when his meals were brought to him, he found that he couldn’t defile himself by eating them. I’m sure that others around Daniel were chowing down, but Daniel, because of he chose to stick to his convictions, refused to eat.

When the king’s official learned of Daniel’s stand, he was troubled and feared for his own life. The official said that if the king saw that Daniel was growing weak from lack of food, he himself could be killed.

So Daniel offered a solution. He and his friends ate nothing but vegetables and water for ten days, and at the end they looked healthier than any of the others who had eaten the king’s food.

God blessed them for their stand, not only with healthy and strong bodies but also with a heavenly dose of  “knowledge and understanding of all kinds of literature and learning. And Daniel could understand vision and dreams of all kinds” (from Daniel 1: 17).

I liked how Daniel took a stand on his convictions, and I found it interesting what well-known Christian pastor and author, Charles Stanley had to say about it in the “In Touch” magazine this month. “Daniel’s convictions – not his environment– determined his behavior,” said Stanley. “Our world offers a multitude of ways to compromise on what we know is right, but if we’ll make up our minds ahead of time, we’ll be able to stand firm in our obedience to God.

"Although a world that does not believe may mock our values and lifestyle, their respect for us actually lessens when we waffle and give in to temptations. What’s worse, our witness for Christ is damaged.”

A few weeks ago, a prospective job came into my copywriting business that looked like it would be a good fit. But, after a few conversations with my potential client, I realized that one aspect of their project didn’t sit well with me. When I shared my concerns, I was told that their organization was going to continue doing things the way they always had, but encouraged me get some advice.

After consulting a few trusted colleagues and doing my own research, I discovered that what the organization was doing was indeed wrong and declined the project based on my findings.

Now, it was tempting to take that job. In fact, the organization did everything they could to make it easy for me.

But like Daniel and his food, I couldn’t take what was offered because of my convictions. Taking the roast that grocery day and taking that job would have gone against some of God’s law, and I just couldn’t do that.

I think we can fall into a trap when we don’t listen to the convictions of the Holy Spirit on the little things.

The more we ignore him and turn a deaf ear, the harder it becomes to hear him on the bigger issues.

It’s worth it always to take a stand on our convictions. After all, doing it will win us way more than anything the world can ever offer.

And I think Daniel would agree.

Here are some Bible verses that'll help you on your journey:
1 Corinthians 16:13 Amplified Bible

13 Be alert and on your guard; stand firm in your faith (your conviction respecting man’s relationship to God and divine things, keeping the trust and holy fervor born of faith and a part of it). Act like men and be courageous; grow in strength!

12 Because of the increase of wickedness, the love of most will grow cold, 13 but the one who stands firm to the end will be saved.

58 Therefore, my dear brothers and sisters, stand firm. Let nothing move you. Always give yourselves fully to the work of the Lord, because you know that your labor in the Lord is not in vain.