But God --
Have you experienced the mercy of God?
By Debra Torres 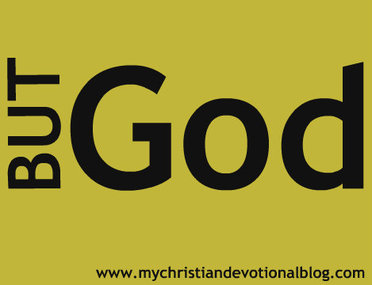 ​The man opened our church service with a quick prayer followed by a touching testimony.

Baring his heart, he shared how, when he was a young boy, his family moved from England to the city of Philadelphia.

He had it rough fitting in at his school, he said, where he was the white kid with the funny accent.

But even though things were tough there, an abusive father who had a taste for alcohol made him even more afraid to go home.

Unfortunately as the man grew, he followed in his father’s footsteps to the bars and nurtured a hardened heart.

In his testimony, the man said that even during all of those difficult years his heavenly father was somehow still with him. And when he mentioned the path of destruction he should still be on, he gave us two little words that he said made all the difference in the world:

My friend John has a similar testimony, only his involves a deep addiction to drugs and an uncanny knack for selling them and staying alive. He liked fast cars, even faster women and he dabbled dangerously in the occult.

John should have been dead long ago – the first in line maybe to a hot pit of burning sulfur.

Again, the same two words come to mind when I think of John’s life now.

You see, the first man giving the testimony is now a deacon candidate at our church and John, a loving father of nine children, is a gifted novelist of the “Cadillac Dave” book series that shares his story.

But God. Those two small words with just a syllable each have made monumental changes in countless lives throughout history. Lives that the devil must have felt he had a firm grip on were loosed and set free because God intervened.

It’s also amazing to see that the words are also woven through the Bible.

The “Moments with the Book” blog says this: “When reading the Scriptures, one cannot help but notice the oft-repeated expression "But God…" These two words signal a change, a contrast, or a clarification is coming next. "But God." What follows this significant transition is intended to challenge our faith and change our life. When He is brought into the picture, God makes all the difference.”

Let’s take a peek at some “but God” moments in the lives of some folks in the Bible:


It’s easy to see how God intervened in the lives of Hannah, Lazarus and Peter isn’t it? I mean their life here on earth is over, right? They’ve already got their answers. But maybe it’s a little harder when we think about our own lives.

We all have steep mountains we face, dry and dusty desert paths we walk on, days when the wind whips us so hard we feel like we’ve been slapped.

Sometimes those seasons last a few days and sometimes they seem to go on forever. For our deacon candidate it was forty years before God turned him around. For my friend, John it was thirty-two.

Has it been a long time for you? Are you on a path that points to everything besides God? Or maybe you know him, but your just waiting for a breakthrough.

You know you’re not alone right? If we’re honest, we all are probably waiting for a “but God” moment or two.

And sometimes they happen when we least expect it.

Yesterday, I came across an emotional YouTube video of a “But God” testimony from T.D. Jakes, bishop and pastor of the 30,000-member megachurch, The Potter’s House.

In the video, Pastor Jakes recounts a time when he was supposed to attend an early morning meeting and God impressed on him to cancel it.  So instead of being in his dressing room at 6:30a.m. to prepare for the meeting, he was still somewhere else in the house.

At exactly 6:30a.m. Jake’s dressing room exploded. The roof caved in, the windows were blown out and cinder blocks were found 100 feet into his backyard.

Jakes was told that had he been in the room at the time his body would have been blown to pieces.

Has God done something to turn the events in your life around? Or, has he turned you around?

If he hasn’t yet, pray, wait and watch.

But God demonstrates his own love for us in this: While we were still sinners, Christ died for us.

My flesh and my heart faileth: but God is the strength of my heart, and my portion for ever.