Baptism: What's the Purpose?
How getting baptized can give you new life
By Debra Torres 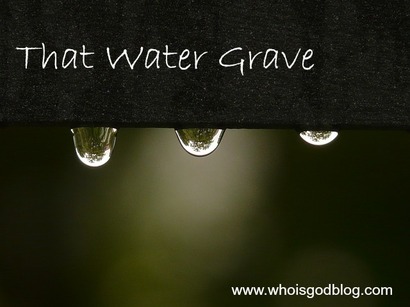 We walked into the hotel’s pool area and smelled the chlorine lingering in the air.

It wasn’t a typical pool day, though.

There were chairs lined up near the water, and our preacher was already hard at it explaining the purpose and benefits of baptism.

Several folks got up when he was nearly done and began to make their way over to the pool. These had all expressed a desire to be baptized, and I’m sure had been through a session with the pastor on the significance of their decision.

People of all ages were waiting by the edge of the pool when the crowd made its way over. Grandparents, young adults and even one little blonde-headed girl all wanted to be “dunked.”

I love watching people get baptized. It’s like witnessing a holy, heavenly event right in the confines of our earthly setting.

“Woot woots!” came from the crowd as each church member went under and came back up to step into new life. Straining to hear what my pastor said to each one as they were immersed into the water, I finally made out these words “I baptize you in the name of the Father, Son and Holy Spirit. Buried in the likeness of his death. Raised to walk in new life.”
I talked to one man and the little blond girl’s mother after the event, and it was clear that each had a real understanding of the personal choice they had made.

Although Jesus made it clear that we all are to be baptized, I know it’s important that our hearts are in the right place before we do it.

If you’re familiar with the comedy film Nacho Libre at all, you know that it’s set in a Mexican monastery and is the story of a young man who was raised there but longs to be a professional wrestler.

Taking on the pseudonym “Nacho,” he joins forces with his tag partner “Esqueleto” who doesn’t share Nacho’s Catholic beliefs and professes to only believe in “science.”

But in one scene, Nacho shows concern for Esqueleto’s salvation and asks him why he has never been baptized.

Esqueleto says that he’s just never gotten around to it and Nacho responds by coming up behind him and quickly dunking his head in a bowl of water.

The scene is funny and Nacho means well, but you know baptism doesn’t work like that does it? It has to be a decision that each of us makes on our own. And, we need to have a thorough understanding of the meaning of it.

Click below to see the Nacho Libre scene :
When a pastor mentioned a new baptism opportunity a while back, I looked down at my long row of children and hoped that they would choose to participate.

I used to nudge them and whisper in their ears that they should be baptized, but now I’ve learned that it’s a choice that I need to let them make on their own.

A melody about baptism kicked in my head just a few moments ago, and I strained to remember its song.

I had just been saved – a teenager in the early 80’s and contemporary Christian music was starting to really take off. I listened to Petra, Keith Green, and also liked the Imperials. And, after doing a Google search, I landed on the Imperials’ baptism song in a matter of seconds. “Water Grave” had been one of my favorites.
With a catchy beat, the song starts out with these lyrics: “In my house there's been a mercy killing. The man I used to be has been crucified. And the death of this man was the final way of revealing, in the spiritual way to live, I had to die.

“Now if I let that dead man linger in me, I might get a little idol in my way. So, I'm going down to the celebration river, and take this dead man down to a water grave.”

Images that come with the idea of a water grave can be a bit eerie, I know. But when we understand what really happens in baptism, that through the act we are identifying with the death and resurrection of Jesus Christ, I think we get a much brighter picture of its meaning.

Have you been baptized?

Here are some Bible verses that'll help you on your journey:
Romans 6:4 New International Version

4 We were therefore buried with him through baptism into death in order that, just as Christ was raised from the dead through the glory of the Father, we too may live a new life.

12 For in baptism you see how your old, evil nature died with him and was buried with him; and then you came up out of death with him into a new life because you trusted the Word of the mighty God who raised Christ from the dead.

19 Go ye therefore, and teach all nations, baptizing them in the name of the Father, and of the Son, and of the Holy Ghost: