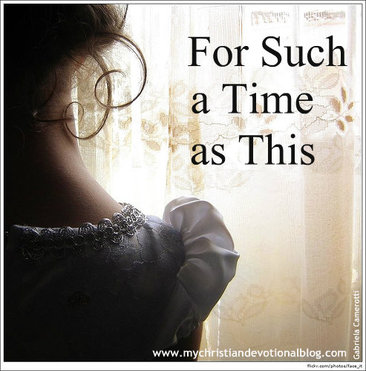 It was years ago, and I was working at a summer camp for the Salvation Army up on Lake Ontario.

My roommate and I had put in a full day’s work and we were taking a much deserved break when the little girl entered our staff cabin.

I got up from where I’d flopped on my bed, found a Band-Aid and gently took care of her.

Playing nurse wasn’t in my job description, but I knew enough about little wounds to be able to help and then send the girl on her way.

It was after dinner and the kids were out playing before our evening program.

Things were winding down and should have been fairly copacetic, but when I walked the little girl out and looked towards the nurse’s cabin I knew something was very wrong.
A young counselor, cradling a small camper in her arms, was running like mad over to the nurse’s building.

Alarm ran through me then because I knew the nurse wouldn’t be there when she arrived.

I ran over to meet the counselor and explain, but after taking one look at the boy, I knew that I needed to run and find the nurse as fast as I could.

It was the worse arm injury I had ever seen.

Later, after finding the nurse and helping the best I could, I found out that the boy had fallen from the high slide. He’d tried to catch himself with outstretched arms and broke both wrists.

It never ceases to amaze me how God used me that day. After all, I was just a summer staff worker who’d rather be napping, but instead, I got to make things easier for that little boy. When I look back, the events lined up too perfectly to be coincidence.

God made it so I was in the right place at the right time.

Has that ever happened to you? Someone or something was in need and you just happened to “stumble” upon the situation with the resources, the knowledge, and the ability to help?

Not really though when you look at the lives of people like Queen Esther in the Old Testament.

Esther started out as just another Jewish orphan who happened to have a pretty face.

Because of her looks and her age, Esther was picked among many young ladies in King Xerxes Empire to vie for the position of queen.

And Esther received favor from all including the King who chose to make her his Queen.

Now, you probably know how the story goes. Because Esther was Jewish, (and queen) she was given the unique opportunity to save her people from annihilation. God had carefully placed her in exactly the right place at exactly the right time.

Now Esther could have refused to help. In fact, she was tempted to do just that. In helping her people, she would have to go against one of the King’s laws and risk her life. But, after fasting and asking her people to fast for her, she chose to step out and do what she was called to do.

A few years ago, my son and I noticed something struggling in the wire fencing that surrounded the farm where we lived.

Moving in for a closer look, we found that a robin had somehow gotten its foot wrapped in twine and then, in an effort to fly away, had tangled itself even more in the wire fencing.

Who knows how long it had helplessly hung there by just one foot, desperate for a way out.

The robin could have died, but its plight wasn’t overlooked by its Creator.

I’m guessing you already know why God had my son and me walking there right at that time right? We hurried and got my husband who, with the help of a good pair of scissors, cut the robin free.

What an incredible feeling washed over me that day. God had placed us there to help even one of his smallest creatures.

Our lives have purpose. And even though our circumstances may be different, it’s an incredible thing when our eyes are opened to that purpose and we realize that we were made for such a time as this.
Here are some Bible verses that'll help you on your journey:

14 For if you remain silent at this time, relief and deliverance for the Jews will arise from another place, but you and your father’s family will perish. And who knows but that you have come to your royal position for such a time as this?”

23 The steps of a [good] man are directed and established by the Lord when He delights in his way [and He busies Himself with his every step].

5 Lean on, trust in, and be confident in the Lord with all your heart and mind and do not rely on your own insight or understanding.

6 In all your ways know, recognize, and acknowledge Him, and He will direct and make straight and plain your paths.